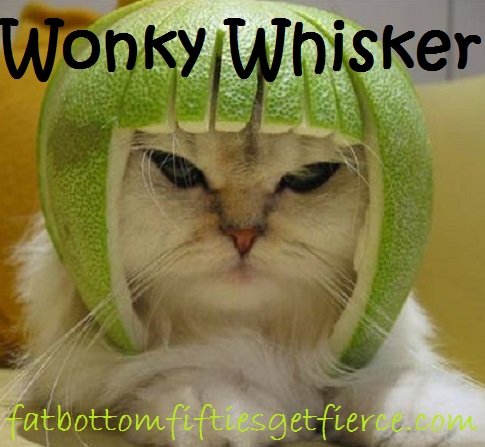 I was brushing my teeth when I saw the smear on the side of my chin. How could my face possibly get dirty while I slept? I put my glasses on for a better look. What the . . . ? It was a hair the length of my arm! Attached. To my face. How could something that long just pop up overnight? And of course it did pop up overnight. Because if it didn’t, that would mean that thing had been dangling from my face for weeks. No way – somebody would have told me. On the other hand, maybe all that snickering I experienced over the past month wasn’t a result of my sparkling wit as previously assumed.

I stopped with the trying to figure out its genesis and asked myself what do I do with it? The way I saw it, there were three options.

One, I could buy a black pointed hat, learn to cackle and just roll with it.

Two, I could take that allegation made against me once during a past argument literally and actually split hairs. Or hair. If I could split it into three, I could braid it. Maybe tie it off with a colorful teeny-tiny rubber band. Other people decorate their faces with tattoos, noserings or brow studs – my facial artistic expression could be a chin braid.

Three, I could remove it. I knew better than to shave it off. You know – the whole it-grows-back-twice-as-thick-thing. I remembered the pulled-tooth method. I could tie it to a door knob and have someone yank the door open. An attempt to do so informed me that the hair wasn’t quite as long as it appeared in the mirror. The job could be done with tweezers. I grabbed some and yanked that sucker out. It dropped to the counter in the shape of a mocking smile. We both knew I had won the battle, but the war was ongoing. -El